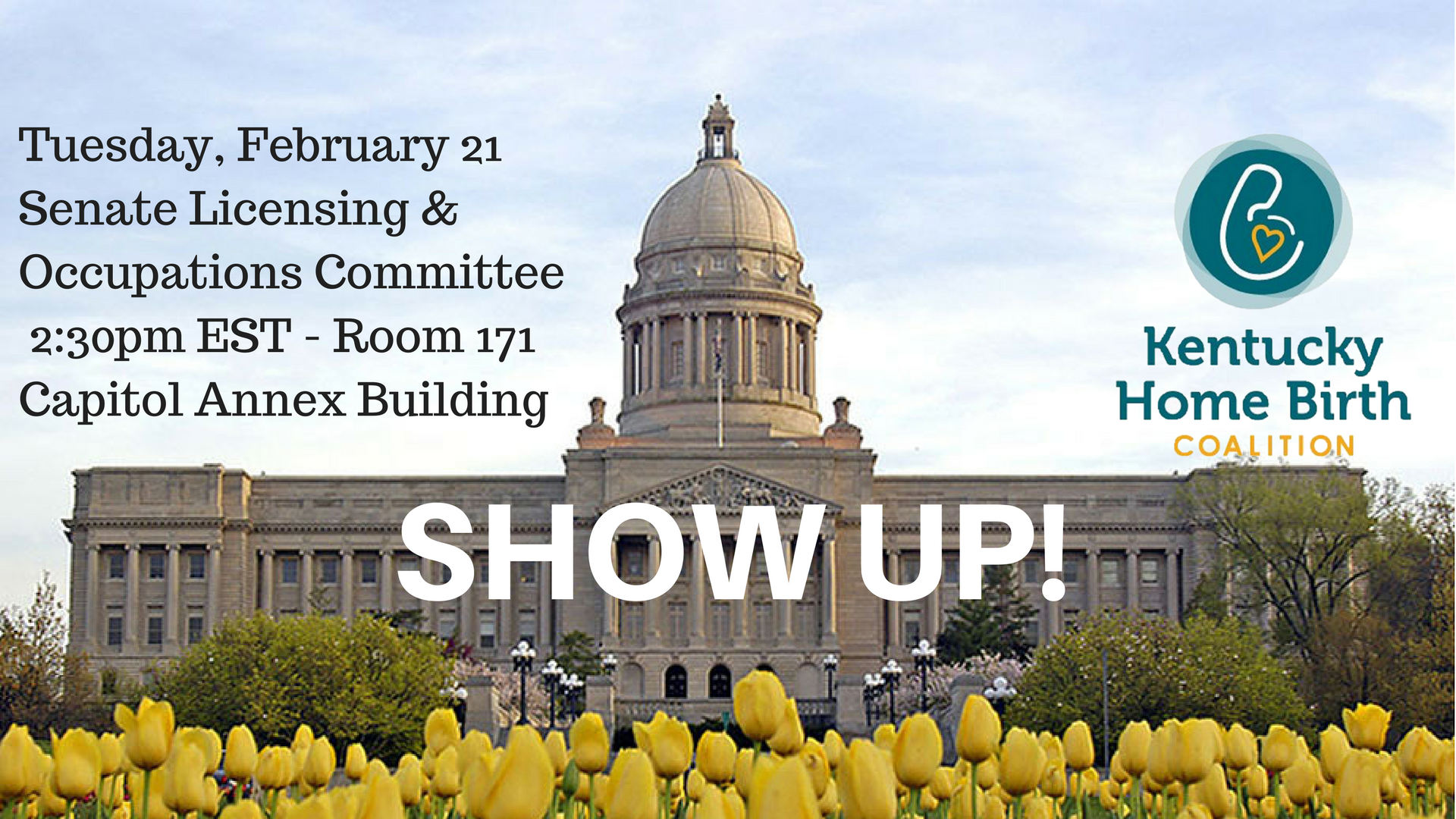 You can watch the recorded hearing from February 21 here. The majority of the meeting is on the topic of SB105. First, you testimony from KHBC, followed by opposing testimony from several members of the medical community. The end result was that the chair of the committee, Sen. Schickel, did not entertain a motion for a vote. He did, however, vow to work with us in the interim

SB105, our Senate bill to license Certified Professional Midwives, is scheduled to be on the agenda of the Senate Licensing & Occupations Committee on Tuesday, February 21st at 2:30pm EST.

We need everyone to SHOW UP! Bring everyone. Bring your kids. Bring the babies. Bring your grandma.

In the meantime, you can be contacting members of the Senate Licensing & Occupations Committee and ask them to vote YES on SB105 to license Certified Professional Midwives.

and ask them to vote YES on SB105. Because Monday is a government holiday, e-mail, Twitter, and Facebook are the best options for making contact. Below are the names of committee members and some of their contact info. 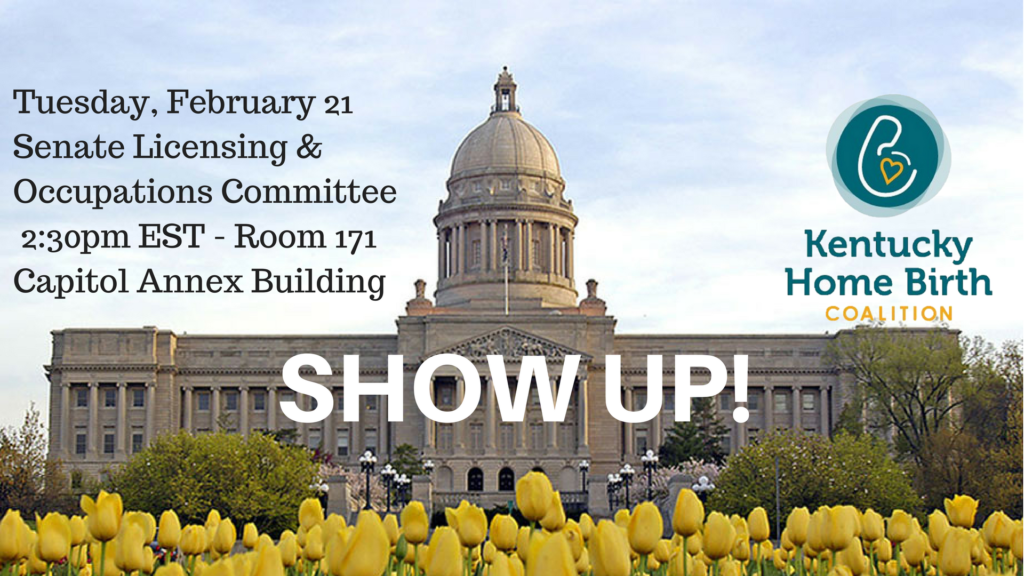