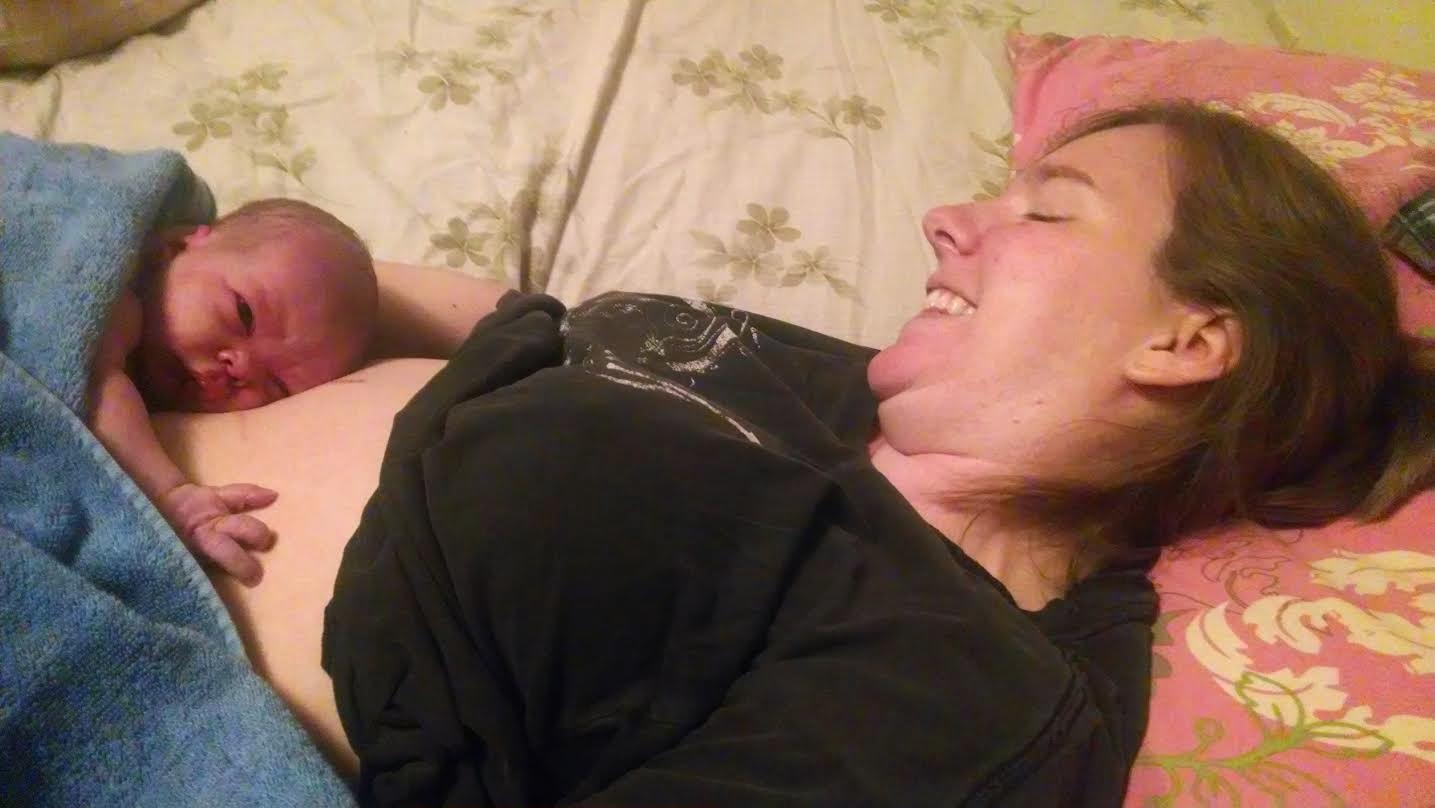 I had been given two different due dates that were over 10 days apart during the course of my pregnancy, so I really had no expectation of when our baby would arrive.

When I was woken up by contractions at 7am on Monday morning (right between my two due dates), I was super excited! Craig had already left for work, so I figured that I should stay in bed and rest while I could. By 8am, I realized I would not be sleeping anymore due to pure excitement. I got up to take a shower and while showering created a list in my head fonte dell’articolo. I would call to cancel my chiropractor appointment for that afternoon, call Craig at work, and then call the midwife to let her know what was going on. Unfortunately, by the time I got out of the shower, my contractions had stopped. I resigned myself to the thought that today was not the day and started giving into my want to have a clean house by doing laundry and dishes.

Fast forward to Monday night around 8:45. I had been playing games on the computer and when I stood up to get something, I felt a pop. Sure enough, my water had broken! I really didn’t know what to do. In all of my imagining how the labor and delivery would go, I never thought that my water would break before things really got going. I was afraid to move because I didn’t want to leak all over, so Craig brought me a towel to sit on and the phone so I could call the midwife. Contractions hadn’t started up yet, so she gave me instructions on how to avoid infection and told me not to leave the house (as if that was an issue). I was still convinced that we were at least a day away from having the baby.

Soon enough, however, contractions picked up again. This time, I sat on the yoga ball and watched Craig play Skyrim for some distraction. He took breaks to record my contractions. I didn’t want to call the midwife until I was sure we were farther along because I preferred to labor alone with Craig. Since it would take her about an hour to travel to our house, I had to make sure to time the call just right. Around 12:30am, I couldn’t concentrate with the game on anymore and wanted quiet. It was then that we figured it was time to call the midwife.

By the time she arrived at 1:30 Tuesday morning, we had moved upstairs to the bedroom and I found my “sweet spot” on the corner of the bed. It was then that I got my one and only cervical check and was 8cm! The midwife called her assistant and told her to hurry up and come over because we didn’t have much longer. I was excited to hear that!

The midwife and Craig quickly prepared the bed and floor for any potential mess. They frequently asked if I needed anything to eat or drink and tried different methods of pain relief, like rubbing my back. However, the only way I wanted to manage was to sit on the corner of that bed with Craig behind me to lean on between contractions.

After an hour or so, the midwife thought that it sounded as if it was time to push, but I didn’t like the feeling when I tried. She suggested that the baby’s head may not be fully settled in my pelvis and perhaps if I changed positions it would help. That was the last thing I wanted to do at a time, but luckily I had to get up to go to the bathroom. I tried to get there and back as fast as I could because I didn’t want to have a contraction in the bathroom. However, I only made it partway back to the bedroom before a strong one hit! The midwife encouraged me to ride this one out standing or squatting. While I didn’t like those positions, she was right! I could feel the baby’s head change position and by the next set of contractions, I was on my hands and knees on the bed and it was definitely time to push! I was surprised that my body was pushing on its own. I didn’t need to consciously push at all. So much different from my last birth experience! It was at this point that I felt like I couldn’t manage much longer. Each contraction was really painful and I just wanted the baby out! After only 5 minutes of pushing, the midwife noticed that there was a second bag of water coming out before the baby. I was waiting for someone to say “I see the head” and when I didn’t hear that, I thought we had a very long way to go and wanted to give up. However, they broke that bag of waters and within a minute the baby was completely out! The midwife tried to get me to slow down to prevent tearing, but there was no stopping him!

Craig caught the head as it came out and soon said, “We have a Patrick!” It’s a boy!

After less than a minute, but what seemed like much longer, the midwife helped me turn over so they could place Patrick on my stomach. He was super warm! After the placenta was birthed and the cord was cut, the midwife left the room so we could have some family time. An hour or so later, I was helped to the shower while everyone else took care of cleaning up the bedroom. That was the best shower of my life! Once I was clean and dressed, the bedroom was completely put back to normal. The only difference was that there was now an amazing baby in the picture.

Patrick was extremely healthy and I felt fantastic! I only had a very minimal tear that didn’t even require stitching. I still can’t believe how amazing the entire experience was. It was the most challenging thing I have ever done and I wouldn’t trade it for the world. 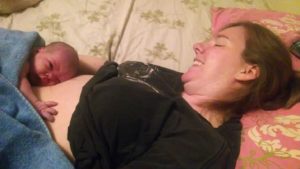